Search
Get in Touch
Dilaudid vs Oxycodonedrug abusedrug abuse statistics

Comparing Dilaudid vs Oxycodone: Which Is Better for Pain? 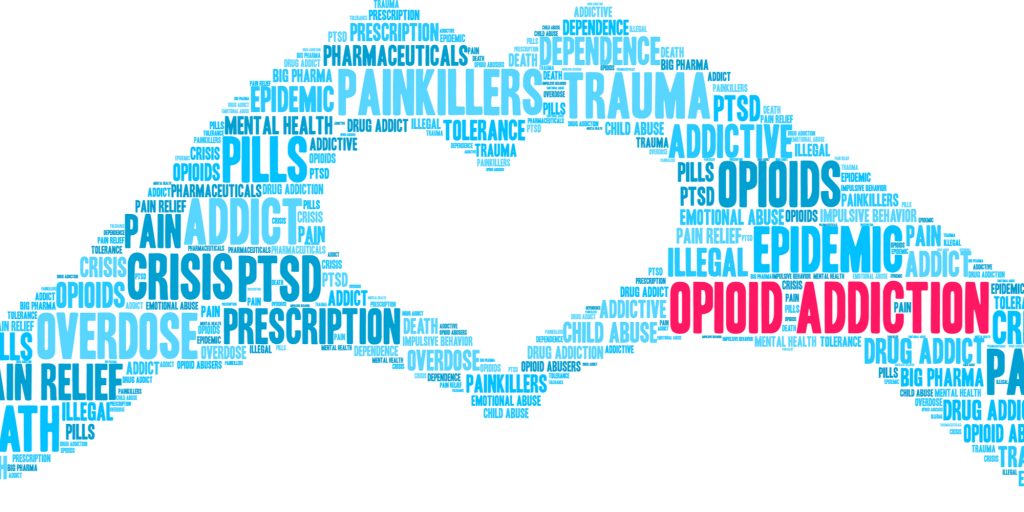 The National Institute on Drug Abuse estimates that over 100 million Americans suffer from chronic pain. And sadly, that’s where drug addiction starts for many people. Many people, because of their chronic pain, become dependent on their prescribed pain medication, which then turns into addiction. Two of the strongest painkillers available, Dilaudid and Oxycodone, have contributed massively to the opioid epidemic currently going on in America. But with so many different painkillers prescribed today, many struggle to determine the relative strength of Dilaudid vs Oxycodone.

In this article, we’ll examine some of the similarities and differences of Dilaudid vs Oxycodone, including how strong they are compared to each other and how addictive both substances are.

What Are Dilaudid and Oxycodone?

Dilaudid and Oxycodone are both drugs that belong to the opioid drug class. Both Dilaudid and Oxycodone are prescribed to treat moderate to severe acute pain. They are usually given in a hospital setting, but they are sometimes prescribed by primary care physicians. From the early 2000s until recently, they were both prescribed more often and carelessly, contributing to the ongoing opioid epidemic. But when it comes to Dilaudid vs Oxycodone, they do have clear differences.

Oxycodone is a semi-synthetic opioid drug derived from the opium poppy plant. This opioid is commonly sold under the brand names Roxicodone, OxyContin, or Percocet in pill forms. In some cases, it may be combined with the over-the-counter drug acetaminophen.

Dilaudid is a brand-name medication containing the semi-synthetic opioid hydromorphone, which is derived from morphine. Dilaudid is an immediate-release formulation available orally or through injection. In most cases, patients are not recommended to combine Dilaudid with other pain medications.

Both Dilaudid and Oxycodone are prescribed to treat pain. But since they can be so habit-forming and have such a high potential for abuse, they are often considered to be the last resort option after all other non-opioid methods have proven ineffective.

How Strong Is Dilaudid vs Oxycodone? 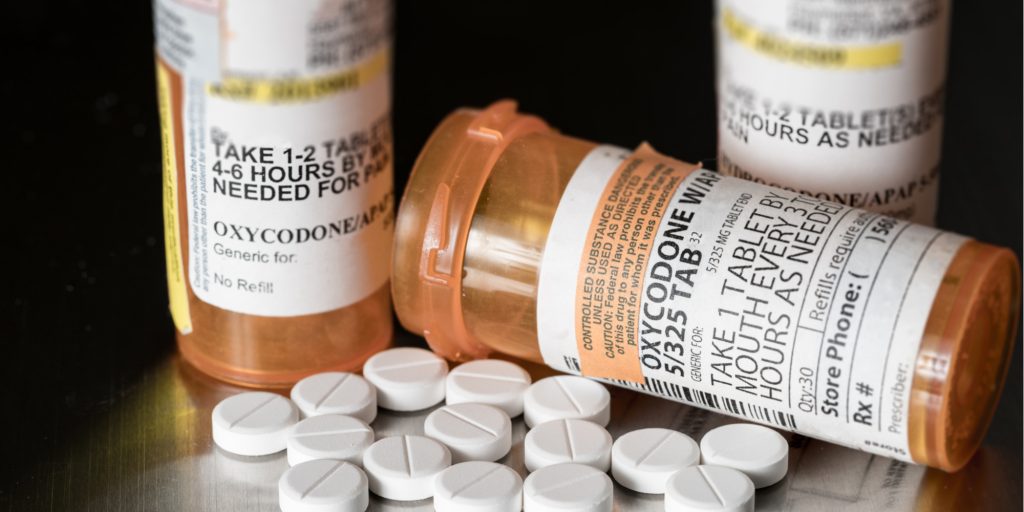 Dilaudid and other versions of hydromorphone are stronger drugs than Oxycodone. Comparing the relative strength of Dilaudid vs Oxycodone, Dilaudid is around three to five times more potent. This means a five milligram dose of Dilaudid is roughly equal to a 15-20 mg dose of Oxycodone.

Oxycodone is weaker than Dilaudid and is prescribed for less severe injuries or surgeries. However, both Dilaudid and Oxycodone are under strict federal regulation. They are classified as Schedule II controlled substances with significant potential for abuse and addiction.

In 2012, almost four million prescriptions were filled for hydromorphone drugs, like Dilaudid in the United States, reports the Drug Enforcement Agency (DEA). Over one million people in 2011 reported having used Dilaudid for recreational purposes at some point in their lives.

However, Oxycodone is more commonly abused than Dilaudid. In 2016, nearly four million people in the United States misused an Oxycodone product. According to the United States Department of Justice, more than 13 million Americans abuse Oxycodone, including some children as young as 12 years old.

Fewer individuals abuse Dilaudid vs Oxycodone, despite their differences in strength, because it is much less frequently prescribed. But in terms of reasons for abuse, they’re quite similar. Both opioids produce an intense relaxed and euphoric high similar to that of heroin. And both are powerful narcotic painkillers, meaning that users can build a tolerance to the drug in just two or three weeks.

Dilaudid addiction is a serious issue, in part due to the extremely high strength of the drug. Even when under close medical watch, patients can experience adverse reactions to the drug, suffering respiratory suppression and extreme sedation. Without proper medical supervision, the risk of overdose and death is extremely high.

Dependency on opioid painkillers can develop in recreational and medical users alike. Even when using the drug exactly as directed, it is possible for physical and psychological dependence to set in. Once dependency has developed, it is important to gradually reduce dosages of the drug, so the chances of experiencing severe withdrawal symptoms are reduced.

Common withdrawal symptoms from opioids include:

A person abusing Dilaudid or Oxycodone will often appear relaxed. They will likely breathe slowly and be impaired, both physically and mentally. However, the crash after an opioid wears off can lead to emotional lows and physical flu-like symptoms.

When an individual takes a substance for an extended length of time, they can become physically dependent on it. If the individual then attempts to quit or cut back, they will experience painful and unpleasant withdrawal symptoms. Opioid withdrawal symptoms, while only rarely fatal, can be absolutely miserable.

As such, opioid-dependent individuals often continually relapse in order to avoid suffering through opioid withdrawal. Once drug use begins to cause detrimental consequences but the individual can’t quit, they are stuck in a full-blown addiction.

Treatment for Dilaudid and Oxycodone Addiction 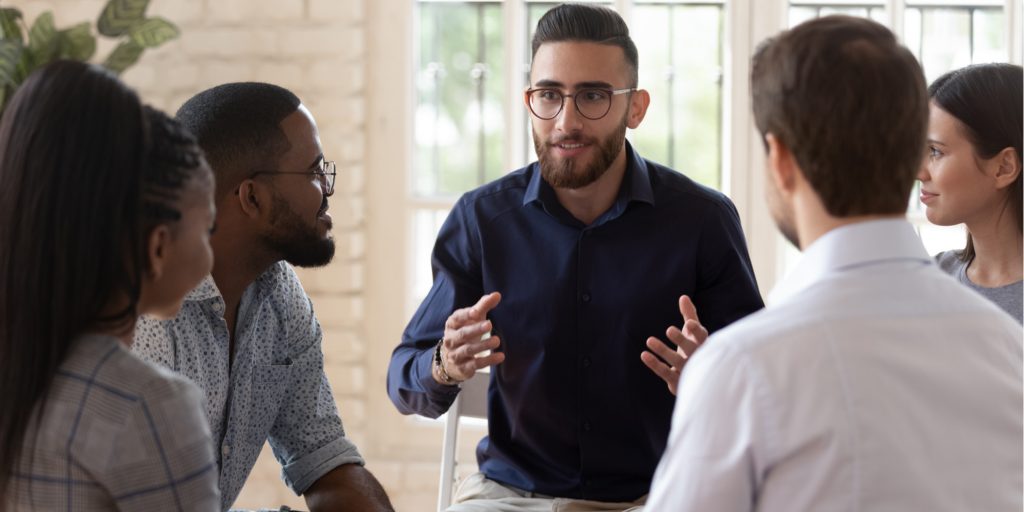 When comparing addiction treatment for Dilaudid vs. Oxycodone, the plan is pretty much the same: a safe, medically-supervised detox program followed by psychological treatment for the underlying causes of addiction.

The two main options for effective addiction treatment are inpatient and outpatient programs. Inpatient, or residential programs, offer a highly supportive and structured environment. Clients work with healthcare professionals at the treatment program to establish an individualized treatment plan based on their unique situation and goals. Most programs will consist of individual counseling, group therapy, 12-step meetings, health education, and the development of essential life skills.

If you or someone you love needs help dealing with tramadol addiction, we can help. At the Blackberry Center, we provide personalized, evidence-based treatment. We understand how frightening having a substance use disorder and mental health struggles can be. This is why we offer a range of personalized programs to help with whatever you might need.

Whether it’s managing chronic pain and addiction, detoxing from prescription drugs, or standard mental health care, we’re here for you. If you’re ready to take the first step toward recovery, contact us today. Reach out to us for assistance today by calling 888-512-9802 or by filling out our confidential online form.

The post Comparing Dilaudid vs Oxycodone: Which Is Better for Pain? appeared first on The Blackberry Center of Central Florida.

What Is Cognitive Behavioral Therapy? Q&A

How a Florida Rehab Can Help with Mental Health & Addiction

The toll that a drug and alcohol addiction can take on someone’s life can be extreme. Unfortunately, many people who...
Read
alcohol rehab

In speaking about addiction, a common refrain is to ask for help. But where? And what do you ask for,...
Read

Trauma is something that can happen to anyone of any age, race, or gender. But there are certain groups of...
Read more
Advertisment