What Forms Does Meth Come In? Understanding Meth Types and Street Names 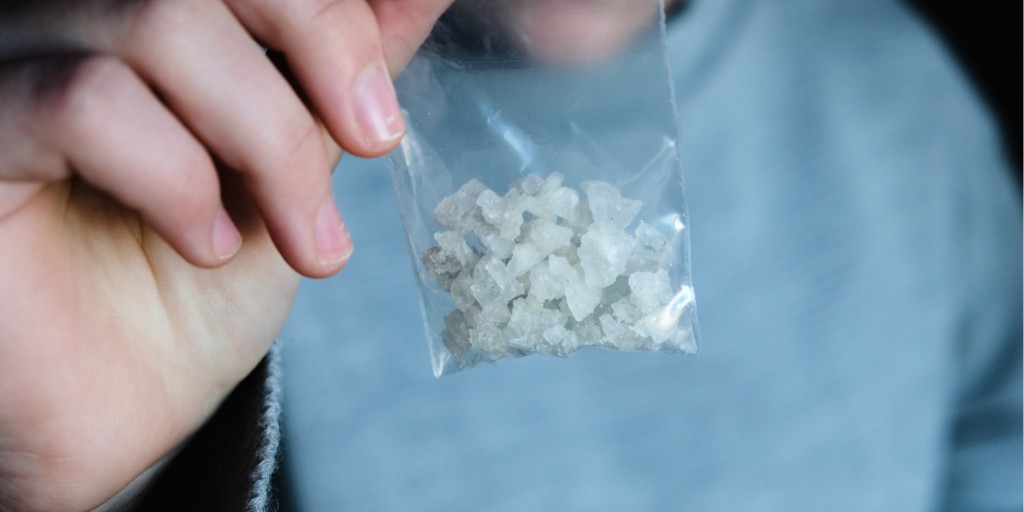 Understanding meth in all its forms and uses may be more complicated than most people realize. To really get the full picture, you need to know what it is and its street names, symptoms, and consequences. Once you realize how addictive and destructive meth is, you may be ready to seek help for yourself or a loved one. If so, knowing where to find treatment for overcoming addiction may be the most important part of the story you will learn here.

Are the consequences of meth abuse harming you or your loved one? Contact The Woods at Parkside to begin treatment today!

Meth, short for methamphetamine, is a dangerous, destructive drug. It is a stimulant and an extremely addictive one. Knowing about the drug you or someone you care about is using is the first step to preventing pain or tragedy. However, before you can learn the full truth about meth, you need to know the basic facts. Then, with that knowledge, you can dig deeper to discover the risks of using meth and the hope for recovery.

The different forms of meth look and affect people very differently. Here is a brief description of each type of meth.

Methamphetamine looks like a crystal-like powder. The substance often comes in large “rocks” or chunks. As the powder comes off the rock, you see what appears to be shards of glass. The color of the substance can be white or yellowish.

Crystal meth is easy to connect with its name, as it appears to be clear crystal chunks similar to Ice or glass. It is colorless and odorless. Rocks may look bluish-white.

Methcathinone is structurally comparable to meth and cathinone. Its appearance is as an off-white or white crystalline powder. It is usually sold in a stable form of the water-soluble hydrochloride salt.

Street names for all types of methamphetamines include:

In addition to these all-purpose names, different forms of meth also have their street names. For example, Methamphetamine pills may be called Yaba, crystal meth might be called Ice, and Methcathinone could be called Cat.

You may be able to recognize the smell of meth, especially if you have noticed it before. Near a meth lab, you might notice smells that remind you of paint or the smell in hospitals. Other smells people compare to meth include vinegar, ammonia, cat urine, or rotten eggs. However, meth smells much different when smoked. Many people describe it as a light, sweet smell. The meth itself may have a strong chemical smell.

How Long Does Meth Stay in Your System?

How long meth lasts in your system depends on several factors, especially the way you take it. Smoked or injected, meth offers an instant rush, but it leaves the body fairly quickly. People often snort meth because it gives a high that is sustained longer, usually about half a day.

Meth abusers tend to take more meth each time they feel a crash beginning to happen. If they decide to stop meth, meth detox is physically and mentally distressing to the point that you need to be attended to by medical staff if you decide to quit meth.

How Is Meth Used?

Smoking meth is a very fast way to get meth into your system. Most people smoke meth using a glass pipe called a meth pipe. Smoking is the most common way of abusing meth, although this varies in different parts of the country. Considered the most addictive type of abuse, smoking this substance brings its euphoric effects immediately.

Can You Snort Meth?

You can snort meth, although it typically takes longer than smoking to produce its effects – about three to five minutes.

What Happens When You Abuse Meth?

Abusing meth has both short-term and long-term effects on your body and brain. Recognizing the symptoms is essential if you want the chance to prevent life-long damage.

To begin, let’s discuss the most common symptoms of amphetamine abuse. Signs that someone is abusing meth include its many early effects, such as:

If you see some of these symptoms and aren’t sure whether they add up to meth abuse, it’s always better to be safe. Seek help for yourself or a family member when these symptoms become obvious.

What Makes Meth So Addictive?

Have you ever wondered why meth is so addictive? The reason is that it affects your brain in a way that causes the brain to crave more. Meth immediately boosts the production of dopamine inside your brain. You suddenly feel wonderful and motivated, and your brain’s pleasure centers light up. Your body and mind enjoy the feeling of reward that typically accompanies the release of dopamine.

Unfortunately, the euphoria is typically followed by distressing symptoms. Yet, your body still wants you to give it meth. This makes stopping meth extremely difficult. 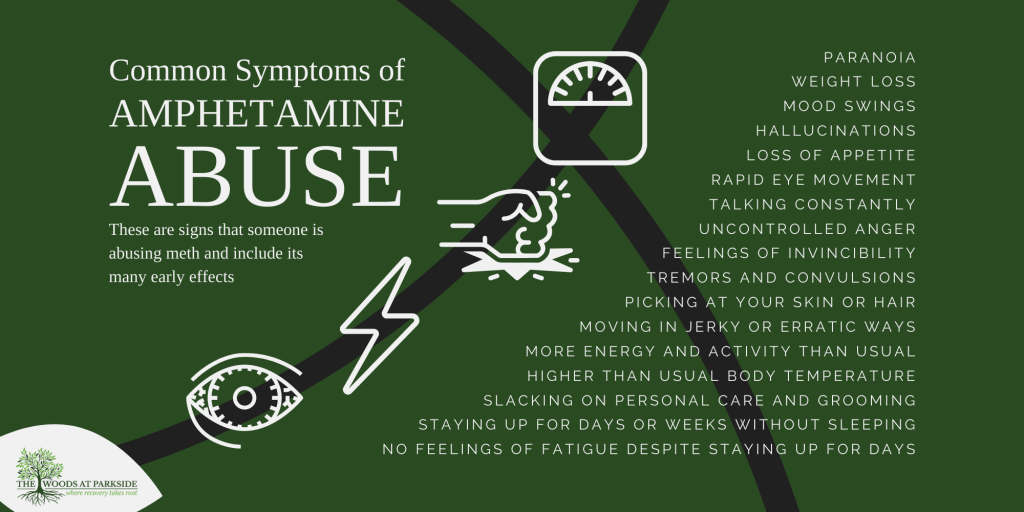 After someone has been on meth for a while, they may begin to show long-term symptoms of methamphetamine abuse. These effects increase the longer you are abusing meth and can become more and more severe.

How Does Meth Destroy Your Teeth?

You may wonder what taking a drug has to do with rotting teeth. However, dental problems are extremely common among people who misuse meth. Often called “meth mouth,” this issue is prevalent. In fact, when dentists examined people who used meth, they found that 96% had cavities, 58% had tooth decay, and 31% had at least six missing teeth.

So, what causes this dental onslaught? There are several reasons this happens. First, meth is extremely acidic. In addition, using a meth pipe puts that acid right against your teeth. Besides the acid, though, there’s another problem. Also, physiological changes lead to dry mouth, which can be very damaging to dental health. Finally, the decrease in physical and mental health causes many meth users to go for long periods of time without taking care of their teeth and gums.

Meth also affects the skin in a very uncomfortable and damaging way. After long-term use, your skin may start to have a leathery texture. You may sweat more. Plus, you may find yourself picking your skin to the point that you have meth sores, which can become infected. Sometimes, people have allergic reactions that can lead to skin diseases.

Which type of meth sores treatment is right depends on how severe your skin problems are. Some may heal up on their own once you stop using meth. Infected sores may need treatment with antibiotics. If a skin disease has developed from meth sores, you may need special treatments for the rest of your life.

There are some people who take meth to lose weight. This is not surprising since people have used many types of stimulants for weight loss. The drugs speed up your system, so you feel less hungry. You are moving more, so you burn more calories. You aren’t interested in self-care, so you just stop eating. Besides all that, the drug use causes muscle-wasting.

The problem is that this weight loss often goes far beyond what people had hoped to achieve. And because meth users aren’t very self-aware, they can become dangerously malnourished before they realize they have lost too much weight.

How to Get Treatment for Meth Abuse

With all the physical and psychological damage that meth can cause, it is extremely important to get help for meth recovery as soon as possible. At The Woods at Parkside, we offer 45-day treatment programs on our lush, wooded campus near Columbus, Ohio. Here, you will find therapists, doctors, and all our staff ready to help you move past the addiction, heal your body and mind, and start a new, meth-free life.

Are you ready to leave the destruction of meth abuse behind you? Contact The Woods at Parkside to set up an appointment now!

The post What Forms Does Meth Come In? Understanding Meth Types and Street Names appeared first on The Woods At Parkside.

The idea of using music in healing has been around since the days of Plato and Aristotle. Then, during the...
Read
addiction

Life After Alcohol: What You Need to Know About Quitting Alcohol

What does life after alcoholism look like? Quitting alcohol may be one of the most difficult challenges of your life....
Read
drug abuse