Search
Get in Touch
Veteransdrug rehab programs for veteransheroes' mile

What You Should Know About PTSD and Substance Abuse 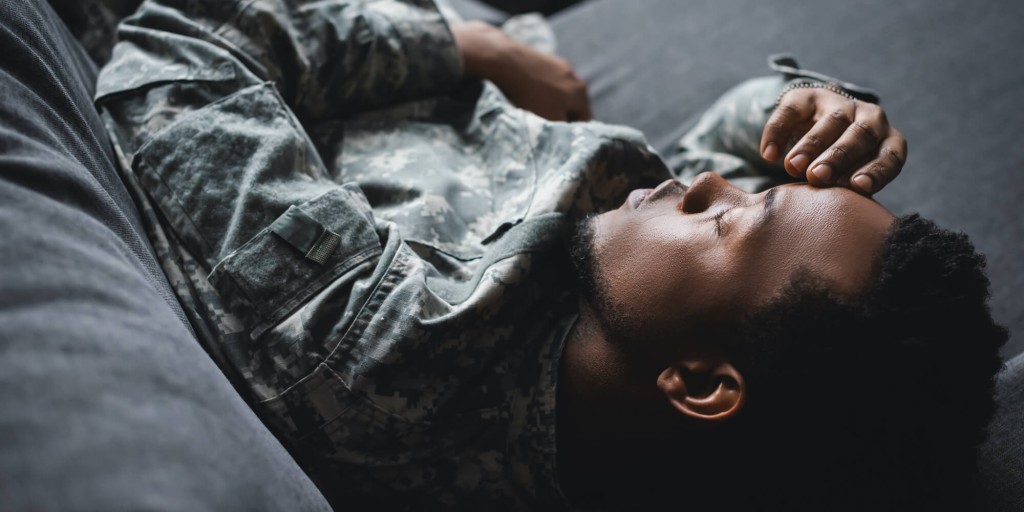 Traumatic events are situations that can shape an individual, whether it’s something they experienced as a child or experienced as an adult. These events change how someone sees themselves and the world around them. For this reason, former military service personnel who have seen or lived through a traumatic experience often seek veteran substance abuse help.

The Connection Between PTSD and Substance Abuse 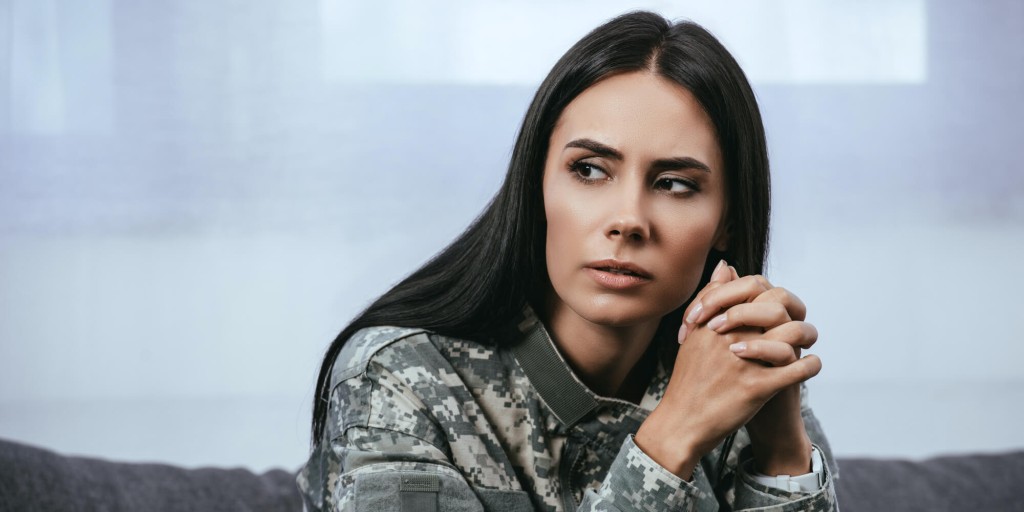 Post-traumatic stress disorder (PTSD) is a mental health condition that develops when someone witnesses or experiences a traumatic event. Although it’s only natural for an individual to feel fear and other emotions during and after a distressing situation, these natural reactions may not dissipate entirely even after the fact. When such physical and emotional responses linger for an extended period, the affected person may continue to experience ongoing symptoms that can disrupt and negatively impact their quality of life.

As a result, people who struggle with PTSD often turn to drugs and alcohol to manage these symptoms. Unfortunately, their attempts to self-medicate usually result in substance abuse and the need for addiction rehabilitation. The link between trauma and addiction causes many to lose hope for healing and freedom from the substance that holds them captive.

What Are the Different Types of Trauma?

If you think that trauma is merely a negative experience, think again. A traumatic experience can stem from a single event or a series of circumstances that produce lasting effects on a person’s mental, emotional, physical, social, and spiritual well-being. Furthermore, trauma triggers high levels of stress because their mind and body view this event as life-threatening.

When you’re subjected to a dangerous or distressing situation, stress prompts your body to release hormones such as cortisol and adrenaline that handle your natural fight-or-flight response. Although these bodily chemicals can be valuable in the event of an emergency, they can also become toxic when released in high concentrations.

Over time, your body won’t understand the difference between a memory of the traumatic event and an actual emergency. When this happens, you’ll get stuck in a loop and lose your ability to process or move past what has happened.

Veterans returning from war or combat often struggle with traumatic situations that result in PTSD. However, anyone can be diagnosed with this condition after surviving these types of trauma:

What Are Common Signs of Trauma?

A traumatic event can trigger a wide range of psychological and behavioral side effects. The human mind usually tries to cope with trauma by covering it up. However, the signs of trauma still come out and cause them to experience the following symptoms:

What Is Substance Abuse? 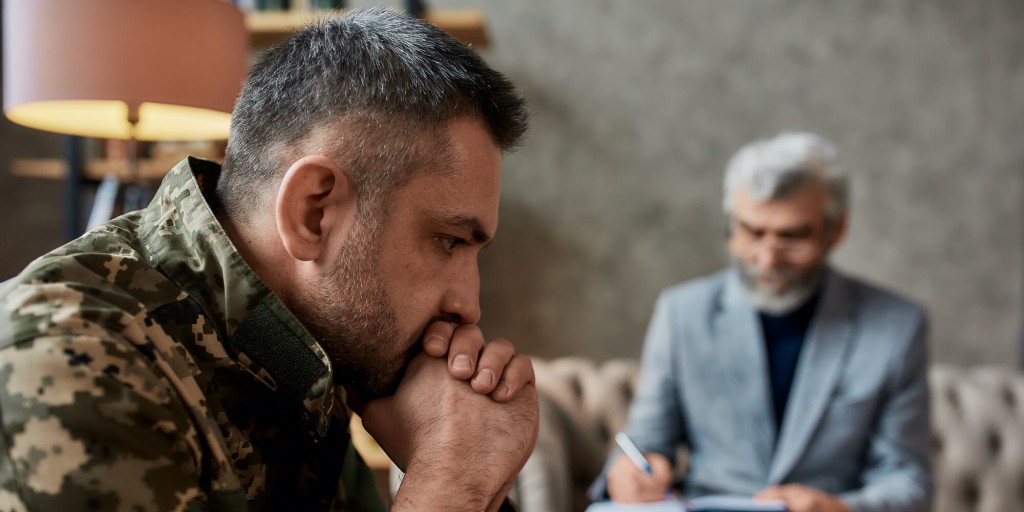 Substance abuse is a medical term used to describe an individual’s use of substances such as alcohol or other drugs. Besides legal issues, continued substance use may also interfere with personal and professional relationships.

On the other hand, substance dependence is a medical term used to describe continued substance abuse even after significant problems related to the use of alcohol or drugs have developed. Some of the signs of chemical dependence include the following:

Dual diagnosis is a condition in which a person has a mental illness and an addiction to alcohol or other drugs. Statistics show that 35% to 75% of veterans with PTSD abuse substances to manage their symptoms and handle their triggers.

Their attempt to cure themselves through alcohol and drug abuse will eventually lead to an increased tolerance to their substance of choice. Unfortunately, this self-medication tactic often leaves them worse off than before. Unless they seek professional help, it would be virtually impossible for them to break this vicious cycle.

What Are the Effects of Mental Illnesses and Substance Abuse on Veterans? 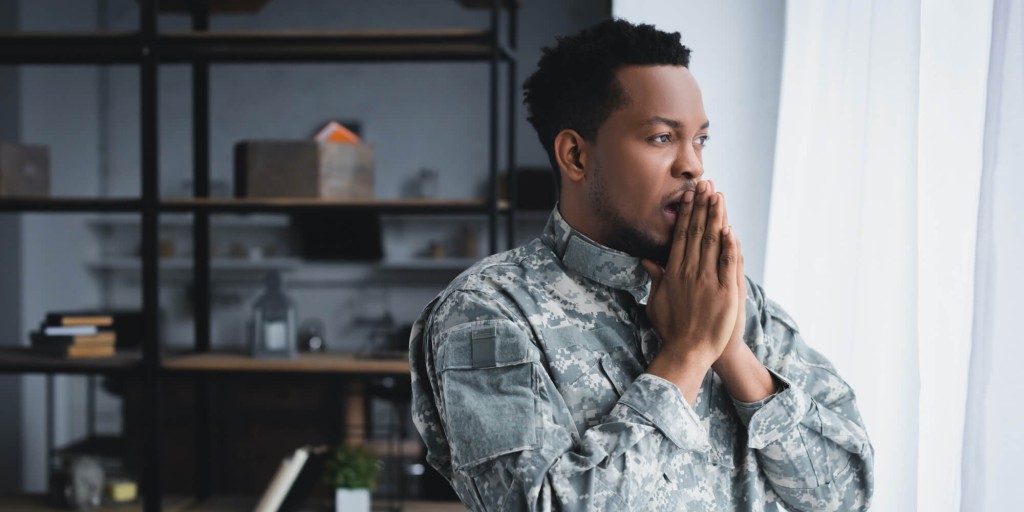 Studies confirm the link of veteran substance abuse problems to domestic violence. Besides alienating family and friends, domestic violence can potentially lead to divorce and custody proceedings if their partner sustains injuries from an assault.

Veterans suffering from substance abuse disorders have an increased risk for homelessness. Research shows that the number of veterans who experienced homelessness rose from 37,085 in January 2019 to 37,252 in January 2020. Furthermore, almost ¾ of homeless veterans are addicted to alcohol or drugs.

In most cases, veterans in prison have PTSD and other mental health conditions. Additionally, combat veterans are diagnosed with a mental illness at 1.5 times the rate of former armed forces members who weren’t able to see combat.

Studies confirm that an average of 20 former service members die from suicide daily. In addition, more than 30% of successful suicides in veterans were those with a substance use disorder.

At Heroes’ Mile, it is our mission to serve veterans with an addiction or PTSD. If you’re dealing with substance addiction and psychological problems, contact us today to get help.

The post What You Should Know About PTSD and Substance Abuse appeared first on Heroes’ Mile Veterans Recovery Center.

Previous articleCocaine Overdose: The Dangers of Acute Cocaine Toxicity
Next articleHow to Detox from Meth